(U.S. Virgin Islands)- V.I. Attorney General Denise George has announced the arrest of Cameron J. Rolle of Orlando, Florida, who was arrested on January 06, 2021, at the Cyril E. King Airport (CEKA) after sixteen (16) pounds or 7.33 kilograms of marijuana was discovered in his checked luggage.

This arrest is the result of a collaborative effort of the Virgin Islands Police Department (VIPD) Criminal Investigations Bureau, Special Agents from the Virgin Islands Department of Justice (VIDOJ), and the United States Drug Enforcement Agency (DEA). DOJ prosecutors will be filing formal charges including possession of marijuana with intent to distribute at arraignment later this month. Rolle was advised of his rights today in V.I. Superior Court at which time the Court found probable cause for the arrest.

The court set his bail at $7,500 and ordered the surrender of his driver’s license. The court denied a motion for Rolle to leave the jurisdiction to return to his home in Florida based on the strength of the People’s case and the risk of flight he presents. However, the court indicated that he could file a formal motion to leave the jurisdiction for the Court’s consideration.

On January 6, Rolle was detained by U.S. Customs officials after it was discovered that he had traveled on a Spirit Airlines flight from Orlando, Florida to St. Thomas through the Cyril E. King Airport after sixteen pounds of marijuana was contained in his checked luggage. U.S. Customs Officials alerted the VIPD, which arrested Rolle and brought him into custody. 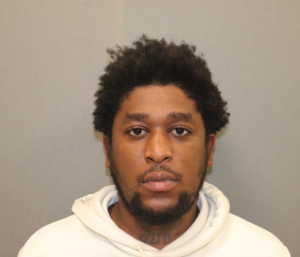