According to an Affidavit of Probable Cause in support of the arrest warrant, dated June 3, 2022, on or about January 28, 2022, VIDOJ investigators received a complaint from a senior citizen in relation to allegations of a theft and forgery of his by his wife’s caretaker, Kzsa Hodge, who was hired to take care of his wife who was suffering from a hip injury. Both the complainant and his wife are senior citizens ages 76 and 84 respectively.

The Complainant was able to identify 31 of his checks made payable to K’zsa Hodge, which he had not authorized or issued. The total amount of the checks fraudulently drawn on the accounts of the complainant totaled $30,100.00. Magistrate Judge Norkaitis found probable cause and set bail at $30,000 on the arrest warrant. Hodge is scheduled for advice of rights on Wednesday, June 8, 2022, at 10:00am. Attorney General reminds the public that any person charged with a crime in the Virgin Islands is considered to be innocent until proven guilty by a court of competent jurisdiction. 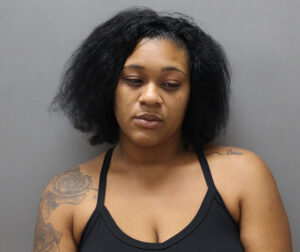