VIDOJ investigators and the SORNA unit were alerted that Messerly resides and is employed in the V.I. with an unknown address. His criminal charges are Sexual Exploitation of a Minor-Attempted/3rd Degree Felony(attempted) and Voyeurism by Electronic Equipment Concealed or Disguised (M). He was convicted for both charges in the state of Utah in 2012. Messerly has failed to register and notify the VIDOJ that he relocated to St. Thomas and is employed here, in violation of the sex offender registration laws. Pursuant to Chapter 86, Section 1722 of Title 14 of the V.I. Code, Messerly was required to register as a sex offender within three business days of arriving at a new location.

VIDOJ was informed anonymously that Messerly was employed on- island. Messerly was detained at the Cyril E. King Airport by Customs and Border Protection officers as he was preparing to board a flight. He was jailed pending his advice of rights hearing. A registered sexual offender must notify the VIDOJ of his/her name, residence, temporary lodging information, vehicle information, Internet identifiers, telephone numbers, school information, and employment status. A team of Special Agents from the VIDOJ and Sexual Offender Registry (SORNA) unit, with the assistance of U.S. Marshals and other local and federal agencies, routinely conducts unannounced inspections of registered sexual offenders to verify their locations and other personal information, such as their work and home addresses.

The Attorney General/VIDOJ is legally mandated to administer and enforce the sex offender registration laws. Registered sexual offenders in the territory are prosecuted by the Attorney General for either failing to register or not keeping their registration current, as required by this law, and if convicted, the penalty is a fine of not less than $3,000.00 nor more than $5,000.00, or imprisonment for not less than three months nor more than two years, or both.

The law also provides that it is an offense to assist a sex offender to evade the registration requirements, which carries a fine of not less than $1,000.00 nor more than $2,000.00, or imprisonment for not more than six months, or both. The sex offender registry is available for public view at https://usvi.nsopw.gov. 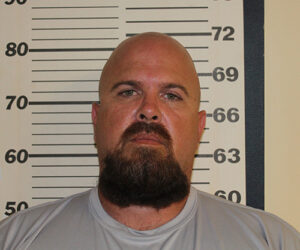