(U.S. Virgin Islands)- V.I. Attorney General Denise George announced the filing of a motion to revoke the release of 26-year-old Dasha Graham who was arrested while on release for other violent criminal charges. Graham, arrested on November 10, 2021, was advised of his rights today in V.I. Superior Court on St. Croix. He is charged with several crimes including possession of a firearm, possession of a controlled substance with intent to distribute, and possession of stolen property.

The Honorable Magistrate Judge Morris ordered that Graham may be released upon the posting of the full amount of his $50,000.00 bond. If he can secure those funds, he must also locate a suitable third-party custodian and will be placed on house arrest with the use of an electronic monitor. According to an affidavit, the arrest was a result of a traffic stop by VIPD officers in the Altona Lagoon area. After the traffic stop, Graham fled from the officers on foot, at one point swimming across an area of the lagoon to escape.

The weight of the marijuana found in the vehicle and Graham’s pocket totaled 132.8 grams (4.6 ounces). A firearm check revealed Graham does not have a license to carry or possess a firearm in the territory of the United States Virgin Islands. An NCIC check was made on the firearm which revealed it had been stolen during a burglary case on October 28, 2021. Graham was transported to the Wilbur H. Francis Command Police Station, where he was advised of his Miranda rights. Unable to post bail, he was remanded at the Golden Grove Adult Correctional Facility.

At the time of the November 10th arrest, Graham was out on release for three other pending cases: an unauthorized use of a vehicle case from January 2020, a burglary/domestic violence case from February 2020, and an Arson in the First-Degree case from March 2020. Today, Assistant
Attorney General Amie Simpson filed a motion to revoke Graham’s release for violation of the release conditions ordered by the Court. AG George reminds the public that a person charged with a crime is considered to be innocent until proven guilty by a court of competent jurisdiction. 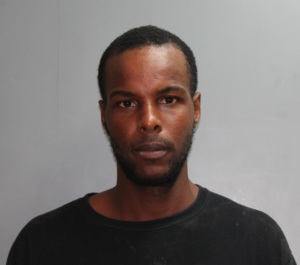