(U.S. Virgin Islands)- Acting V.I. Attorney General Carol Thomas-Jacobs has announced that 29-year-old Omari Akeem Horton, a registered sex offender, was arrested by the V.I. Dept. of Justice (VIDOJ) Sex Offender Registration and Notification Act (SORNA) Unit on January 9, 2023. Horton was arrested for failure to comply with registration requirements for sex offenders in the Virgin Islands and failure to comply with the Sex Offender registry.

The SORNA unit arrested Horton based on a warrant signed by Magistrate Judge Ernest E Morris, Jr., on December 16, 2022. Horton was arrested on January 9, 2023, at the John Bell Correctional Facility. Horton is currently incarcerated on other pending charges.

Horton was convicted of Unlawful Sexual Contact in the First Degree on May 15, 2015. He is a Tier 3 offender and is mandated to register every 3 months for the remainder of his life. His first registration date at the DOJ was on October 15, 2015. He failed to appear in person at the DOJ Main Office on October 17, 2022, or the following Monday to register. The date fell on a Saturday, however, according to V.I. Law, if the registration date falls on a weekend, the offenders are given the option to register the Friday before the registration date or the following Monday. Horton was not incarcerated at the time of his failure to register. Additionally, Horton failed to update his place of residency within the 3 days mandated by law.

Horton was booked and turned over to the custody and care of BOC. His Advice of Rights is scheduled for January 11, 2023, at 9 am. 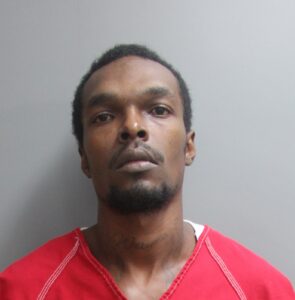 Offender Registry (SORNA) unit, with the assistance of U.S. Marshals and other local and federal agencies, routinely conducts unannounced inspections of registered sexual offenders to verify their locations and other personal information, such as their work and home addresses.

The sex offender registry is available for public view at https://usvi.nsopw.gov