(U.S. Virgin Islands)-V.I. Attorney General Denise George announced today the arrest of Jahmir Victor of Philadelphia, Pennsylvania by Virgin Islands Department of Justice (VIDOJ) special agents for multiple firearms charges related to the unlawful importation, sale, failure to declare
and register, and the Criminally Influenced and Corrupt Organizations (CICO) as a coconspirator in an alleged illegal firearm trafficking scheme.
The arrest arises from a joint investigation of VIDOJ and the U.S. Homeland Security Investigations (HSI). Victor was advised this morning when the Superior Court Magistrate Judge Henry Carr found probable cause to charge him for 23 VIC 467 – Selling Firearms without License, 23 VIC 467a. – Unlawful importation, 23 VIC 470(a) – Failure to register or declare firearms and 14 VIC 551 – Conspiracy, 14 VIC 605(a) CICO. Judge Carr upheld the initial bail of $150,000 and added that Victor could not be released unless a suitable party is determined. He would then be subjected to a curfew of
6 pm to 6 am Monday to Friday and 24-hour house arrest over the weekends.

He also ordered Victor to surrender his passport and not leave the territory without the permission of the court. VIDOJ Special Agents and HSI opened an investigation into the suspect after U.S. Custom’s officials were alerted to a large cache of weapons that were contained in the suspect’s checked luggage on November 10, 2021. Victor only made Spirit Airlines and TSA aware of two firearms that were contained in his checked luggage and failed to declare the total ten (10) firearms and fourteen (14) high-capacity magazines with the Virgin Islands Police Department, at the designated location inside the baggage claim area, and as Required under Virgin Islands law.

During questioning, Victor admitted to knowingly transporting 10 firearms and 14 magazines with the intent to sell. Agents confiscated the firearms. He was questioned, then released by CBP officers pending further investigation. The joint investigation of the suspect revealed that he was running guns for a criminal organization with ties to the Virgin Islands. On November 15, 2021, the suspect was arrested at the Cyril E. King Airport, while attempting to board a flight back to the mainland.

The investigation was led by VIDOJ agents, Virgin Islands Police Department (VIPD), and Homeland Security Investigations Attorney General Denise N. George commended the VIDOJ Special Investigations Division, VIPD, HSI, Bureau of Alcohol, Tobacco, Firearms, and Explosives (ATF), and the U.S. Customs and Border Patrol (CBP) on a job well done “Collaboration with our federal partners is key in our fight to combat the illegal importation of firearms and the deadly effect that it has on our rising levels of violence in our community”, said AG George. 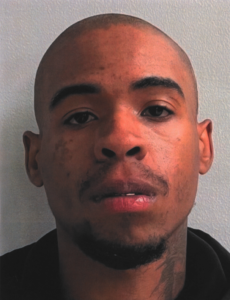 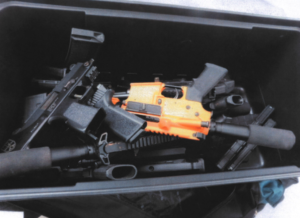 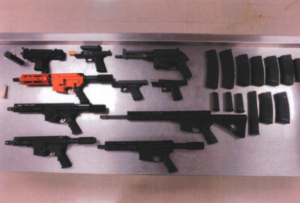